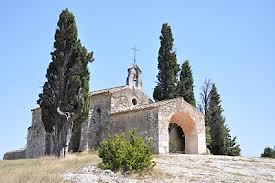 In the eleventh century, the city was called Pons Sorgie or « Bridge Sorghum » due to a small stone bridge over the river Sorgue and allowing access to the city. The installation of the papacy to Avignon in the fourteenth century  involved the development of the village with a fabulous heritage. The city has retained traces of its prestigious past.

*The house known as Queen Jeanne (fourteenth century) was listed as a historical monument in 1989. Private property.

the Ministry of Culture.

*The Monastery of the Visitation Ste Marie (XX s): Shrine of Ste Maxime.

*The Island of Oiselay. Located between the Rhône and l'Ouvèze, this oasis of greenery is the gathering place for fishing enthusiasts and nature walkers.